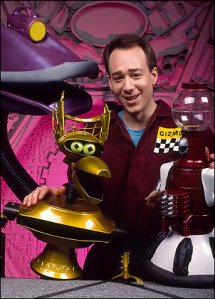 Have a good weekend all!

We all know the Eurovision contest is not a contest.  It’s an international variety show where acts perform and countries vote for their neighbors, unfortunately forcing great performances and songs to languish at the bottom of the ranking.  This year we had the added bonus of glorifying an oppressive regime with the host country of Azerbaijan.

There were some good entries this year.  I particularly liked France‘s Anggun singing “Echo (You And I)”, Cyprus‘ Ivi Adamou singing “La La Love”, and especially Ukraine‘s “Be My Guest” by Gaitana. Moldova‘s Pasha Parfeny singing “Lăutar” grew on me (and yes he looks like Edward Norton). Even Norway‘s last place “Stay” by Tooji wasn’t that bad (especially compared to the dreadful Albanian screaming Bjork clone, who got fifth place). And the Russian grannies did nothing for me.

The stand-out for me however was Greece’s Eleftheria Eleftheriou (say that five times fast) singing “Aphrodisiac”. Dressed as Aphrodite. Before a huge half shell. It was fantastic!

The only act I wanted to physically hurt was Jedward, but that goes without saying. Congrats Sweden. You weren’t the best but hey, you passed. At least your government is not as horrible as Azerbaijan’s.